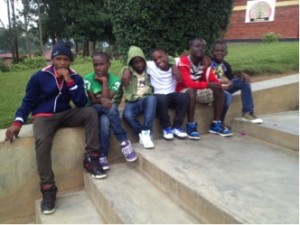 “I am quite sure that the discipline I learned from dance, the endurance from that physical exercise, and the good advice I received from dance teachers, will help me to succeed.” – Jean Paul Mugisha, former RDDC street child now attending Sonrise Boarding School (Lamar Baylor Scholarship Fund 2014 Recipient)

Many people think that street children will never go to school, and even if they do, they will never be able to compete with other “normal” kids at school. Some people told me that, even when street children succeed in class, they don’t have good discipline and they will quit their studies before they finish their studies. I respond to these concerns simply: “Kids will make their choice. Everyone is born free to choose his destiny.”

RDDC does its best to utilize its available resources to help those children who most want to improve their lives.  The contribution that RDDC provides is guidance and support, but we don’t force street children to do anything.  We want them to choose what they think is best for themselves. When working with these children, I often recall a quote from Jet li, the famous Chinese actor: “One cannot choose how one’s life begins, but one can choose to face the end with courage.”

Street kids who receive scholarships from RDDC are selected among many, many deserving children. RDDC doesn’t have enough resources to support all street kids in every country so it works hard to select those who are really fighting to improve their lives and believe in a bright future.

On April 1st, six particular children attending boarding school in Rwanda finished their first term of studies in 2014.  They all succeeded in general, but I had concerns about two kids.

Jean Paul Mugisha. Mugisha was supposed to attend first grade (P1), but after two weeks, his teachers – surprised by his smartness – decided to move him to second grade (P2). When I spoke with Mugisha about skipping a grade, he assured me that he was confident and ready to compete in second grade, but that he was also afraid.  He told me, “I am quite sure that the discipline I learned from dance, the endurance from that physical exercise, and the good advice I received from my dance teachers, will help me to succeed.  Let me try to study in second grade.  This is my second opportunity in life. I didn’t think that one day I could get a chance to go back to school – and now I have a chance to move ahead!” 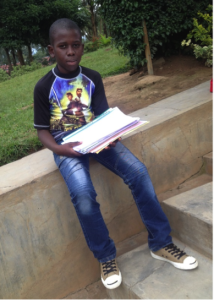 Mugisha finished the first term of second grade first in his class!  His average was 89%, and he hopes to keep the same place through the end of this academic year.

Patrick Bihoyiki. This kid used to fight all the time at school last year. He is in third grade (P3). Last year, I received a lot of complaints from his teachers at Sonrise Boarding School. He was almost the lowest performing student in his class. Rebecca and I were afraid to lose this kid back to the streets, but we had deep discussions with Patrick during the school breaks to find the reason why he is misbehaving and why he might fail. Patrick, who has had a devastating early life, was always thinking about his past instead of concentrating on his future. After these conversations, it seemed that Patrick decided to improve so he wouldn’t lose his chance to keep going to school. 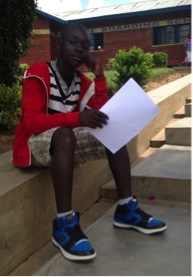 This term, Patrick earned 93.1%, and finished third in his class.

At RDDC, we embody the words of Garrison Keillor, “I believe that nothing we do for these children is ever wasted. They seem not to notice us, hovering, averting our eyes, and they seldom offer thanks, but what we do for them is never wasted.”