Three Stories From November in Rwanda 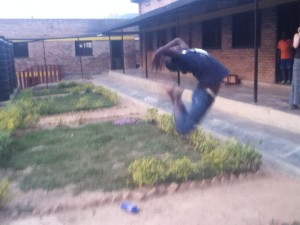 What makes November a great month for MindLeaps is that this period always brings new energy, ideas and changes. Since MindLeaps (formerly RDDC) opened its doors in Rwanda, at least a new project or a program is implemented each November. Last month was charged with so many activities accompanied with great emotions and intercultural exchange. It is difficult to describe all activities done last month in only one blog post, but here is a summary of three main ones in three short stories.

First, Rebecca Davis and Nicole Corea arrived in Rwanda in the beginning of November carrying very big and heavy suitcases. As I know how much both Rebecca and Nicole love Rwanda – especially the climate and the children – I thought they had decided to pass the rest of their lives in the country of a thousand hills with that luggage!   But I was wrong; they were carrying computers (laptops) for our IT skills program as well as other materials needed to serve children at our center. WiFi was also installed and more children were excited to learn computers skills.

Second, Rebecca and Nicole introduced the new part of our dance curriculum to the team that consists of teaching choreography to vulnerable youth to improve cognitive development. This training concluded with a dance presentation prepared by Nicole.  The closing day will remain in the memories of our dance students! One child described it like this: “It was a very good day.  We enjoyed dancing, sharing drinks and eating bread with our colleagues from FidesCo. Some of them were my close friends when we were on the street.” 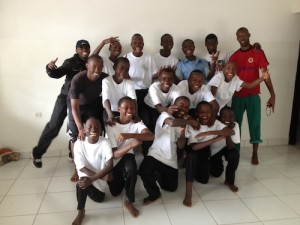 Third, two of our dance teachers, Ssali and Innocent, went to Rugerero to begin our rural program serving 150 children.  Rugerero is near Gisenyi, which is the Rwandan town that borders Democratic Republic of Congo.  The Rugerero Water Conservation and Sanitation Program is a holiday program designed by MindLeaps for rural villages where vulnerable children participate in a daily dance class and a workshop about safe water practices, water conservation and basic good health habits.

This program was temporarily suspended in 2012 due to the conflict on the border between Rwanda and the Democratic Republic of the Congo. MindLeaps has decided to re-commence the program this year since border conditions have improved.  The children in the village were so happy to see the MindLeaps’ staff again!  There were many hugs, many curious questions, lots of energy and a great deal of interest in dance. 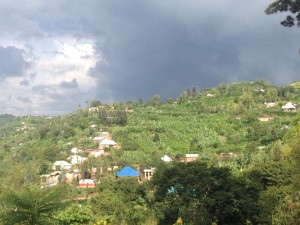 When I visited the village, the kids were repeating two questions: “Mwari mwaragiye he?” which is Kinyarwanda for“where have you been?” “Ko mutazanye na Rebecca?” “Why didn’t you come with Rebecca?” (Rebecca was teaching in Kigali!)

The closing day was also a big day for all these participants. Local authorities of the village acknowledged the support of MindLeaps. A representative from the local authorities formally addressed the audience at our closing ceremony and said,“We are grateful for the heart of this organization. Thanks to MindLeaps, medical insurance for one hundred vulnerable children was covered in addition to the knowledge that our children learned in the workshops. This is a huge support to the improvement of health in this community. Additionally, a donation of twelve sacks of cement was given by MindLeaps to Rubavu II Primary School.  This cement is a great contribution to the school’s much needed renovation.”

Keilah Creedon, a Fulbright scholar in Rwanda, also attended the closing ceremony in Rugerero. She said, “Seeing the smiles of these 160 kids totally demonstrated that what I had learned in my research was true: Dance can create social change and bring joy and life into a survivor village in a way that really is powerful.”